Insulin is a hormone that is naturally produced by the pancreas and is an integral component in the development and treatment of diabetes. 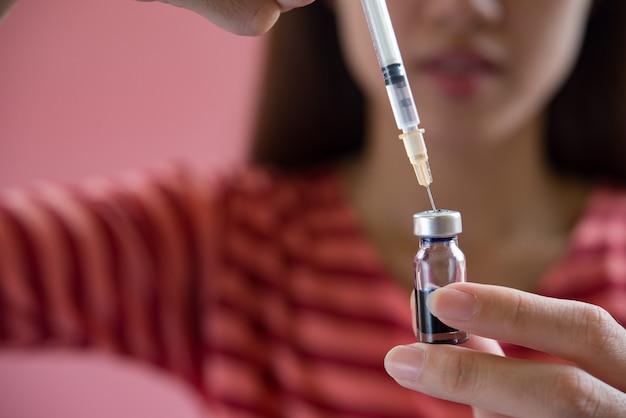 What is the role of insulin?

Normally, insulin is produced and released by the pancreas in response to high levels of blood sugar (glucose). After the intake of a meal, especially one that is rich in carbohydrates, blood glucose levels increase as food is absorbed. The cells of the body need glucose as fuel to perform various tasks. Insulin is the messenger that signals to the cells that there is glucose in the blood that they can absorb.  If there is too much glucose present, Insulin is also the messenger that informs the liver that there is excess glucose that can be stored for a later time. So basically, the role of Insulin is to be able to balance blood glucose levels within a normal limit. It prevents an excess amount of glucose remaining in the bloodstream (hyperglycemia) which could lead to the development of diabetes.

What is the relationship between insulin and diabetes?

Type 1 Diabetes occurs due to autoimmune issues. This means that there is some trigger that causes one’s own immune system to attack normal natural cells in the body. In the case of type 1 diabetes, the immune system targets and attacks the cells in the pancreas responsible for producing Insulin. Because of this, the body is no longer able to produce enough Insulin to signal to the cells to absorb blood glucose. Glucose then just remains elevated in the bloodstream which leads to several complications. 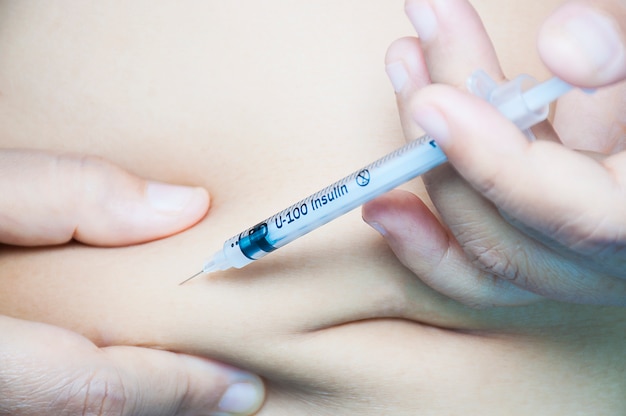 In Type 2 Diabetes, due to multiple genetic, lifestyle, and nutritional factors, the body develops a decreased response to the presence of blood glucose. While the pancreas can still produce insulin, the body is unable to detect when there are high levels of blood sugar. This leads to the pancreas not releasing the insulin thus glucose again will remain elevated in the bloodstream.

How is insulin used as a treatment for diabetes?

Insulin is still the mainstay treatment for Type 1 Diabetes. Though there are far wider available pharmacologic measures available for the treatment of Type 2 Diabetes, some special cases will still require the use of Insulin. In order to replace or supplement the lacking insulin, there are now injectable preparations of insulin that can be used. These injectables can come in different preparations such as Rapid-Acting, Short-Acting, Intermediate-Acting, and Long-Acting. Upon consultation and advice of a physician, they will determine the appropriate preparation and insulin administration schedule. These injectables can be self-administered but must be closely monitored via self-blood glucose monitoring. It is usually scheduled to be taken before or after the intake of meals so that the body can prepare and properly respond to an increase in blood glucose. 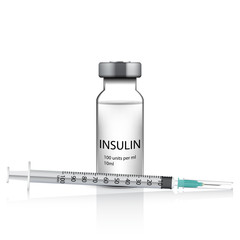 How is insulin administered?

Unfortunately, one of the downsides of requiring Insulin is that it only comes in an injectable preparation. There is currently no approved oral formulation for insulin. As such, one will be needing a syringe, insulin pen, or insulin pump. It is usually self-administered by injecting either to the deltoid, thigh, buttocks, or abdomen.  Upon consult with a healthcare physician, one can request proper education on the use of these injectables and be able to discuss what would be the most convenient schedule and dosage based upon personal preference and lifestyle considerations.

What are the side effects of insulin treatment?

The most common and potentially dangerous side effect of self-administered insulin therapy is the development of hypoglycemia. Hypoglycemia occurs when blood glucose levels become too low and are insufficient to provide the body’s needs. If a patient currently on insulin therapy does not eat enough, skips meals, or exercises too heavily, it could cause blood glucose levels to dip way below normal. Hypoglycemia could then lead to symptoms such as fatigue, sweating, disorientation, loss of consciousness, and muscle twitching. It is thus very crucial to confirm with a health care physician how to properly monitor blood glucose levels to prevent the onset of hypoglycemia.

With the several advancements and development in the diagnosis and management of diabetes, Insulin therapy remains a cornerstone of treatment. It is now much safer and more convenient to use self-administered insulin than ever before. It has helped the majority of patients to take control of their condition and still maintain a suitable lifestyle. With proper education and communication with a healthcare physician, patients are now able to monitor themselves and administer the necessary treatment without worry.